Following on from this week’s earlier post on the importance of putting a spotlight on mental health in men, Chama Kay shares with his experiences of struggling with mental illness and navigating the system, culture, and patriarchal expectations along with it.

Suicide is the sole largest killer of British men under the age of 24, 35, and even reportedly 50. We desperately need to keep talking about mental health. 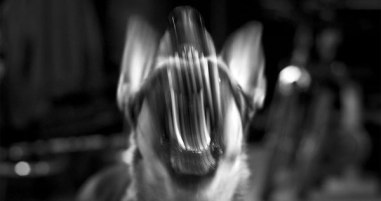 It was a summer’s day in 2012. After a week or so of feeling desperately low, I realised that I was in trouble. I had not necessarily made an attempt on my life, but I was partaking in damaging behaviour and riddled with even more damaging thoughts. I made my way to the A&E department of Queen’s Hospital in Romford. After no less than four hours of waiting, I finally saw the local mental health team – a man and woman of African origin. What followed was an exchange that sadly typifies the attitude my people have towards men and mental health.

Initially I felt nothing but happiness at finally being seen. As the assessment began, I felt a small sense of hope that my issues could be addressed. Then, I made the seemingly lethal error of revealing that my performance in education was one of the biggest worries I faced, and one of the reasons I was genuinely contemplating suicide. The conversation took a sudden turn. I was being told by the male of the pair that I was, in comparison to him, lucky that I had the luxury of being able to reveal my grades to my parents at my own will, rather than have them posted to my house. The female of the pair weighed in, stating that she has a son of similar age to me, and that she could not fathom why these issues were causing me such sadness. Together in chorus, both explained that I must be strong in this western world. No medical or psychological advice was offered. I left. Now some five hours after leaving my house feeling broken and totally invalidated, I think back and I’m unsurprised by what happened.

The one thing that stuck in my mind from my encounter with the Romford mental health services was the call to stoicism. This is a trait that is seemingly the bare minimum expectation of the black man, if not all men! It is fair to say that emotional expression is something men across racial definitions suffer from. Suicide is the sole largest killer of British men under the age of 50. However, there are unique factors in the black male mental health experience, which have been largely unexplored. Since I started writing about and exploring my mental health, I have noticed that I am almost, if not always, the solitary black male (often the only black person) present in these spaces. Be they cyber or physical. Of course, I could be unique. I could be a rare breed of black man plagued with a mental health problem. But current research and data from mental health organisations seem to refute this claim. National bodies such as Black Mental Health UK, the Black Health Initiative and Mind report that black men are more likely to be diagnosed with more severe mental health conditions such as schizophrenia and other forms of psychosis. Black British men are also found more likely to enter mental health services via sectioning under the Mental Health Act (a famous case being that of Frank Bruno as captured in a touching BBC documentary ‘My Dad and Me’ featuring his daughter Rachel). Most of the organisations that came up with these findings acknowledged some forms of discrimination within mental health services. However, they also point out that the black, as well as other ethnic communities, are less likely to use mental health services in comparison to the white population. It is important that some of the factors behind this tragic but all to real situation are explored.

Growing up in an African home, it is more than fair to say that mental health problems have been seen as a folly of Western folk unable to cope with their decadence, rubbish weather and Godless existence. When you add the fact that religion is a big part of the African experience, you get a fuller picture of why there is a struggle to accept mental health problems as something capable of affecting African/black men. After all, we are supposed to be the head of the household; spiritual, moral and financial leader. Mental health problems are the devil’s way of stopping us fulfilling our destinies, and the solution is only a prayer away. To most Africans or even those who know Africans, none of this will come as news. But what I propose is a deeper exploration into just why these attitudes are so prevalent in our communities.

If we go back to my episode in Romford, one thing that has always stuck with me was the African lady’s support of this machismo attitude. Indeed, throughout my life I have encountered multiple black women who sought to push me towards the stoic ideal. And herein lies a fascinating dichotomy – black women seemingly working to maintain patriarchy within their communities. The stoic ideal is one very much centred on male leadership, as I mentioned in the previous paragraph. Yet it is also an ideal a significant number of black women I have encountered support. On first glance it may seem that black women are working to silence themselves in their own homes. However, I believe the patriarchal ideal of the stoic black male seeks to serve a wider social purpose.

The African men and women who live on this north Atlantic rock are some of the most driven people alive. Our parents, uncles and aunties have left the only place many of them knew as home, with all its comforts and familiarity, to come to a cold new land in order to provide better opportunities for their offspring. Upon arriving here, it is fair to say African families who have stuck to the Godly, traditional model have been socially successful. So successful that I expect Africans in my age range to have attended university after coming out of a two parent household with both parents having an income. I am not, by any means saying Africans who do not fall into this category are failures. What I am saying is there seems to be a model of the African family in the West. Who would not want stability in their family and educational achievement for their children? A cornerstone of that model of success is male stoicism. And to me, therein lies the problem.

As a young(er) man, I saw the stoic model as the marker of strength and manliness. I saw the traits I should be aspiring to in order to have any chance of success in life. Is mental robustness needed in this life? Absolutely. However, a fundamental misunderstanding exists, one where mental strength is seen as synonymous with denying mental illness and emotional struggle. Such things must be placed aside in the quest of black masculinity. It is easy to blame our culture for these issues. Claim we are backwards or in denial. To me, the truth is that though culture is a factor, there is an unspoken and unexplored feature in the display of black masculinity. Moreover, experiences of black men in mental health services highlight some of the damaging effects of the stoic ideal.

Whilst on the surface this may seem to be an issue only concerning black men, this is not so. The emotional and mental strain many black men feel themselves under is often released on female romantic partners. Brandon Marshall, an African American football player has spoken in detail about how his Borderline Personality Disorder (BPD) led to him being emotionally and physically abusive to his partner. And ashamedly I too must admit that my BPD has had a similar impact on my relationships, causing me to be an emotional terror and yes, physical threat on one occasion to an ex girlfriend. As well as this, there is the simple fact that the stoic ideal can leave little room for black women to express leadership and agency in their lives and homes. It must be stated that no matter how much open discussion is had, mental health conditions will exist in the black community as they will in all communities. Illness is illness. However, a more open attitude towards the subject can prevent many a broken life.

What is needed is open and honest dialogue.  It will take us as men speaking out against what is expected of us. And it will take women in our communities understanding that many of the problems we have relating to each other stem from the expectations we (rightly or wrongly) force upon one another. It took me years of self inflicted scars, alcoholism, broken relationships, self hate and suicide attempts to understand that, as an African male child, my strength comes from admitting to my mental health problems and fighting them, not adhering to a model of stoicism.

If you are struggling with mental health and are a self-identifying man, please get in touch with the Campaign Against Living Miserably (CALM):

3 thoughts on “The Black Man and his Black Dog”